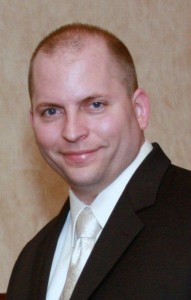 During his early training with Sifu Yee, Barry also started to learn Tuina (Chinese medical massage) and Dit Da Traumatology. In the martial arts world Dit Da is known as trauma or hit medicine and is used for bruises, sprains, swelling as well as more serious injuries. Studying under his Sifu, ignited his desire to learn Acupuncture and Chinese Medicine. To continue his growth, he moved to North Jersey to be able to study full-time with his Sifu, and to be able to start Acupuncture school in New York City. In 2000, Barry was accepted into Pacific College of Oriental Medicine which is the largest Oriental Medicine College in the U.S. He then transferred to the San Diego Campus where he not only took up Acupuncture classes, but also took extensive training in Tuina, Swedish and Deep Tissue Massage amassing over a 1,000 hours of training.

Later, Barry decided to attend Atlantic Institute of Oriental Medicine in Fort Lauderdale, FL. over the next two years completing his Master Degrees in Traditional Chinese Medicine. He then practiced in FL for four years after graduating and before meeting his wife. After which they decided to move back to Delaware establishing one of the first fully licensed Acupuncture facilities in the State. His office has continually won the Readers Choice award for best Delaware Acupuncture Practice.

Good health and longevity starts with a strong foundation. Dedicating his life to the study of the Asian healing arts, Barry is always learning and studying whatever he can to enhance the art and practice of Traditional Chinese Medicine. Barry’s extensive background in Martial Arts, Dit Da, Chinese Medicine, Exercise, Nutrition, Western Massage and Tuina Therapy, gives him a unique method of approaching the whole mind and body for better health and wellness as well as enriching his patients quality of life.

Barry has written numerous articles on the complex and natural method of Traditional Chinese Medicine. He lectures frequently on the subject. His goal is to bring balance and harmony to the mind and body enabling the body’s natural ability to function optimally and to regain the ability to regulate itself.